There was a lot of talk swirling around the industry that Sony is happy to let the A-mount segment die a slow death. The launch of the Sony a99 II, however, puts a full stop to all that negative speculation.

Introducing the Sony a99 II

The Sony a99 II is a full-frame DSLT.

I am not a big fan of the use of the word “Translucent” here. Translucently refers to a property where the light becomes diffused. With DSLT cameras this is never quite what happens.

Unlike DSLR cameras, where a mirror redirects the light onto the viewfinder by bouncing it against a pentamirror/pentaprism, with DSLT cameras the mirror does not reflect the light and neither does it swivel to move away from the front of the sensor.

The new Sony a99 II has a 42-megapixel EXMOR R BSI CMOS sensor. Paired with it is a BIONZ x image processing engine which facilitates in a better readout of information.

BSI sensors are known for their excellent low light imaging prowess. On these sensors, the wiring on the sensor is moved to the back of the sensor, freeing up space for the actual pixels on the sensor itself. This process improves light gathering abilities of the sensor.

Add to that, the gap-less chip design of the sensor which results in better light gathering performance compared to other traditional sensor designs. This gap results in an overall better low light performance and superb high-speed performance.

Related Post: The Best Lenses for the Sony a7

Sony has done away with the optical low-pass filter. The absence of the low pass filter means the camera can pick up a much higher amount of detail compared to other sensors with an OLPF.

Combined with the high resolution of the sensor and the extra sharpness that comes from the absence of an OLPF, an incredible amount of detail is achieved with the a99 II.

Sony has incorporated the new 4D focusing system in the new Sony a99 II. This system features a 79 point AF system 15 out of which are dedicated cross-type sensors. The center AF sensor can auto-focus even at a brightness level of -4EV.

Continuous shooting speed on the new Sony a99 II is a fantastic 12 fps with full auto-exposure and auto-focusing.

It can shoot at that speed for up to 60 JPEG frames or 54 RAW frames thanks to the BIONZ X image processing engine and also because this is a DSLT design with a non-flapping mirror.

With this camera, you will quite simply never lose out on a fleeting moment. In a situation where you are shooting fast action photos the phenomenal 12 fps, continuous shooting speed will give you an extra advantage to capture that many frames.

In a high-speed situation having a large number of frames gives a better chance of getting at least one good catch. A feature on the Sony a99 II is its ability to continuously show a live view of the scene even when shooting at a maximum speed of 8 fps.

Sony cameras come with body-based image stabilization systems. This system is what makes all lenses for the A-mount system image stabilized by default.

Having a built-in image stabilization in the body is a huge advantage over other competing systems like Nikon’s F-mount and Canon’s EF-mount.

The 5-axis in-body image stabilization system works flawlessly and gives you up to 4.5 stops of compensation when it comes to hand-held shooting. In other words, you can shoot with up to 4.5 stops slower shutter speed when shooting with the new a99 II.

No doubt that is a significant advantage, especially when shooting in low light situations.

You can see some sample images of the Sony a99 II here.

See this Sony A99 II 4k sample video at 24 fps (note: you need to click on the settings icon to select 4k replay, this may take some time to load, depending on your Internet connection):

In AVCHD format that would be at a maximum frame rate of 60 fps. Sound can be recorded with the built-in stereo mic that records crisp sound. Optionally, you can also use an external audio recording device to record better quality sound.

The Sony a99 II has a 0.5” 2.36m-dot XGA OLED Tru-finder EVF. The viewfinder gives a bright view covering 100% of the frame. The multi-hinged tilting rear LCD screen has a total of 1.3m-dot resolution.

It also provides 100% frame coverage. However, one feature that we would have loved to see, the ability to react to touch, is still conspicuously absent.

The Sony a99 II has built-in Wi-Fi capabilities. With it, you can latch on to any available Wi-Fi network and start transferring images and videos to your laptop or desktop.

The Sony a99 II has redesigned keeping in mind inputs from professionals. Twin SD card slots ensure you have more storage at your disposal when shooting.

The new camera is said to be smaller than the predecessor and yet do not compromise on any of the better features of the outgoing model. It has a better grip than the older camera. Plus, it has a strong magnesium alloy body that is both dust and moisture resistant.

The Sony a99 II is available on Amazon.

Recommended Lenses for the Sony a99 II 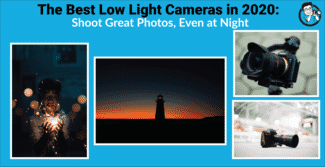 The Best Low Light Cameras in 2020: Shoot Great Photos, Even at Night 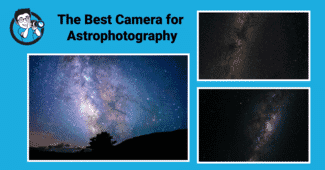 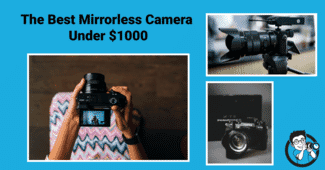 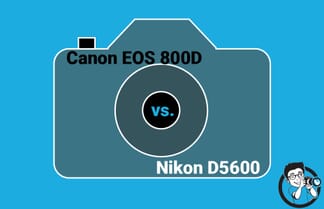 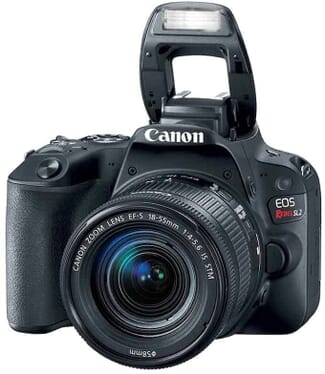 The Best DSLRs Under $500: Get Great Photos at a Budget Price!