Canon’s APS-C prosumer segment or advanced enthusiastic cameras have long been favorite among budding photographers. These cameras offer a significantly better set of features than the entry-level Rebel series cameras in the sense that they have:

Cameras like the EOS 70D and the EOS 7D have been extremely popular among both video and still shooters for their excellent list of features and wonderful performance.

Let’s delve deeper into the features of these two very popular cameras and find out more about them.

Resolution wise there is definitely a difference and that means you can print larger.

Though the difference in resolution is just 4 megapixels, if you are really finicky about getting the highest possible resolution for your budget, the 80D is a clear winner here.

Both cameras are capable of capturing 14-bit of information giving you a lot of room to fine tune your images before making the final prints.

The difference is obvious. While the 7D Mark II has a continuous shooting speed of 10 fps, the 80D taps out at just 7 fps.

No prizes for guessing which camera a photographer would pick if his/her life depended on the burst rate of his / her DSLR.

The 80D has a 45-point all cross-type autofocusing system.

Comparatively, the 7D Mark II has a 65 point all cross-type AF system (not even the 1DX or the 5D Mark III have all their AF points cross-type). The system is an upgrade of the professional Canon 1DX. The center AF point is a dual cross-type.

Though 65 points against 45 sound better, for most everyday shooting requirements you would find no discernible advantage. It is only when you want to shoot sports or wildlife or in any other demanding assignment is when you will feel the need to have more AF points. This is when the advantage of having more AF points will kick-in.

You can track a subject, such as a cyclist or a long distance runner or a cheetah in hot pursuit of a gazelle, from the far edge of the frame while it is moving across the scene.

Additionally, the 7D Mark II has a more convenient way of choosing the individual AF points manually by using a dedicated joystick at the back of the camera.

Both the 80D and the 7D Mark II have Canon’s revolutionary dual-pixel CMOS auto-focusing system. This system converts all of the 24.2 million pixels on the sensor into individual phase detection AF sensors.

Where the 80D loses out to the 7D Mark II is continuous subject tracking. The 80D has a 7560-pixel RGB+IR metering sensor. 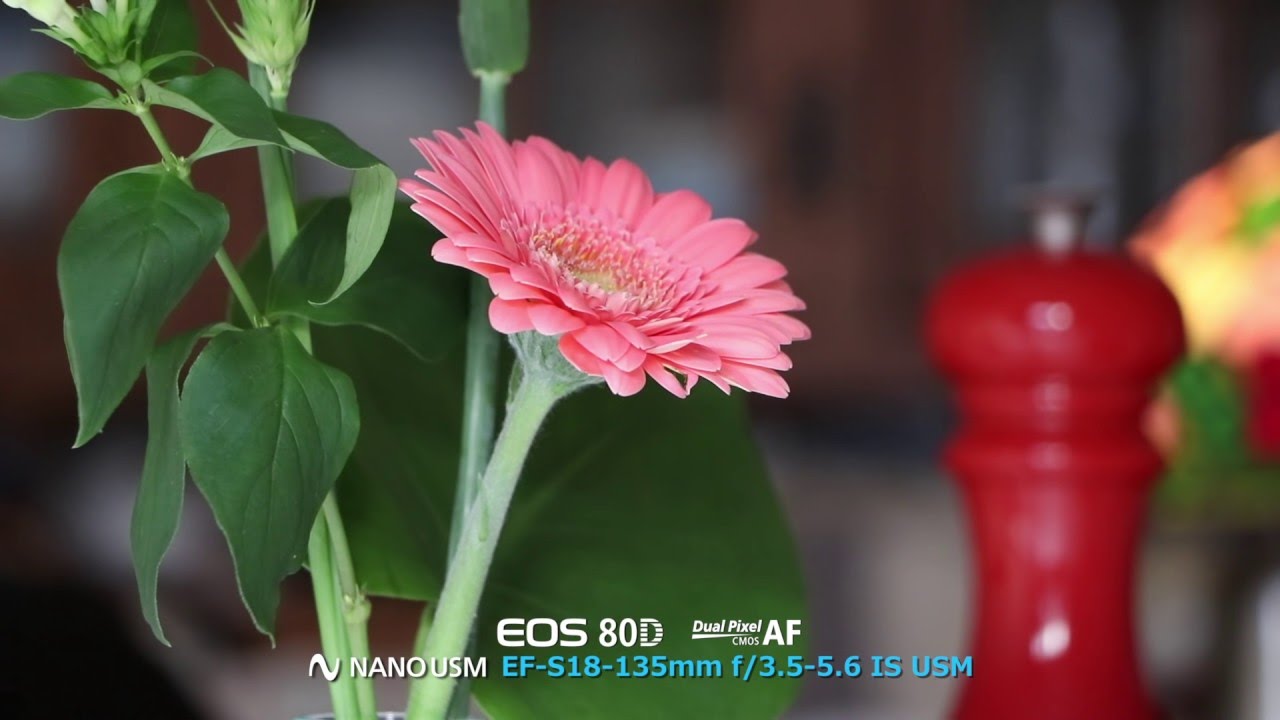 On the other hand, the 7D Mark II has a significantly advanced 150,000 pixel RGB sensor to boot (something that has been borrowed from the 1DX too and upgraded).

The 7D Mark II has an improved metering system that even gives the EOS 1DX a run for its money. It features a newly developed 150,000 pixels RGB+IR metering system. This system, which is considered to be an improvement over the ‘traditional’ 63-zone metering available in other DSLRs, can use both color information as well Infra-Red data to accurately make an estimate of the scene and then apply the correct metering. Canon calls this technology iTR or Intelligent Tracking and Recognition.

This technology is equally able to shoot moving subjects. It activates when you initiate focusing at the chosen AF point and identifies the scene or subject and then maintains focus even if the subject moves. This works fantastically when shooting wildlife, birds, athletes etc.

Having said that it is still an improvement over the metering system on the outgoing EOS 70D. Thus, when it comes to scene recognition and subjective metering the 7D Mark II is a better bet than the 80D.

There is little to choose between the EOS 80D vs the EOS 7D Mark II in terms of low light performance. The lowest native ISO at which both the cameras are capable of shooting is ISO 100 and the highest is 16,000.

The difference is marginally in favor of the higher resolution 80D.

We have already learned about the burst rate of the two cameras. The 7D Mark II is a better camera in terms of shooting speed and is ideally suitable for sports and wildlife photography, thanks to its faster shooting speed, better scene recognition and metering and a much larger array of AF system for better subject tracking.

Having said that with the 7D Mark II you will not be able to use dual-pixel AF and movie-servo focus when shooting at a frame rate of more than 50.

Both cameras have a built-in mic for recording audio during video recording.

The 80D comes equipped with a stereo microphone which the 7D Mark II doesn’t. Both cameras come with the option to plug in an external microphone to record better quality sound.

Definitely, the dual-pixel auto-focusing technology on both cameras is a big advantage when it comes to auto-focusing during video shooting. Traditional contrast auto-focusing can be painful, to say the least.

The camera often hunts for focus for an extended period of time, running the video in the process. Pixel level phase detection auto-focusing is faster and accurate too thus, bringing a lot of quality into the end product.

A feature on the 7D Mark II which users of the 80D would surely miss is Silent Control. Silent Control is all about cutting down the sound that happens when you press a button during video recording. To enable Silent Control you will have to enable it from the menu option.

Once you activated it you will be able to use the small micro-dots on inside ring of the rear command wheel. You get a whole lot of settings to choose and reset when you tap the up and down and left and right buttons respectively.

Even with the higher frame rate of the 7D Mark II the 80D can hold its own in a comparison with some great features of its own. The 7D Mark II would seem to have all the edge over the 80D. The touch to focus feature on the 80D is definitely a lot of ease when shooting videos.

You can focus with pinpoint accuracy very easily with the 80D than with the 7D Mark II. But, having said that, the 7D Mark II has the option to output clean files via HDMI.

None of the cameras can shoot 4K videos. Which is kind of a shame because going forward that is going to be the new standard in video shooting.

Both cameras have pentaprism powered viewfinders with 100% frame coverage.

While both cameras do have a 3″ LCD screen. The 80D has a touchscreen functionality, but the 7D mark II does not.

The 80D has a touchscreen functionality, but the 7D mark II does not.

The touchscreen of the 80D is a tilting swiveling one compared to that of the 7D Mark II which is fixed.

This basically makes the 80D better suited for shooting from acute angles, such as over the head of a crowd, for shooting selfies, and certainly for shooting videos where you want to compose by looking at the LCD screen rather than the viewfinder.

Having said that, the 7D Mark II’s LCD screen features a gapless design which produces better contrast due to subdued internal reflection. The resolution on both the screens is 1.040 million pixels giving a bright and clear view of the scene in front of the lens. Both the screens have 100% frame coverage.

Between the 7D Mark II and the 80D, the former is the better choice when it comes to continuous shooting. It shoots at a fast burst rate of 10 fps.

Compared to the 7D Mark II, the 80D shoots at a burst rate of 7 fps only. The 7D Mark II can shoot an unlimited number of frames at 10 fps (actually, until the card is full) when shooting JPEG.

However, a match-up of the burst rate only can be a misleading assessment of these cameras speed. Speed is nothing without accuracy.

When we speak of accuracy we mean auto-focusing and the ability to produce sharp images consistently. The ability to track and maintain a subject and produce meaningful shots cannot be overstressed. In that regard, the performance of the 7D Mark II is better than the 80D.

The 80D struggles to maintain a lock on a subject when it’s moving. Thanks to iTR technology on the 7D Mark II, as described in one of the earlier paragraphs in this article, it maintains an accurate lock even when the subject is moving.

Overall if you are into sports, wildlife and bird photography the 7D Mark II is the camera that you should choose.

Make no mistake. The 7D Mark II is a professional camera albeit on a smaller crop sensor. It has all the traits that you would expect from a pro camera. That includes excellent weather sealing. The construction of the camera is pro-grade with magnesium alloy.

Extra gaskets and seals are used everywhere which ensures that the 7D Mark II is a true weather sealed camera in all sense.

The 7D Mark II, on the other hand, comes with only a built-in GPS receiver and a digital compass.

This match-up of the EOS 80D vs the EOS 7D Mark II can be said to be inconclusive. Both these cameras are good, though they may not be suitable for all types of photography equally.

The 7D Mark II is definitely the better choice when it comes to fast action, sports, wildlife and those demanding outdoor assignments. The EOS 80D is a very capable camera both for stills and for video.

The 80D is more of the consumer series camera in this match-up and should appeal to photographers who are looking for their first DSLR and have a higher budget.

The 7D Mark II is the more ‘professional’ camera of the two and should appeal to photographers who may already have a full-frame DSLR and are looking for a crop body to take advantage of the crop factor with their long lenses.

It is difficult to put a finger and tell one is better than the other. There are obvious advantages to both cameras.

Still, the 7D Mark II is a better camera when it comes to sports, outdoor, wildlife and action photography.

The 80D has better video handling, especially the touch to focus feature. Having said that the 7D Mark II also has a few pro video features including the ability to output clean files using HDMI.

Overall, both the 80D and the 7D Mark II are two excellent cameras in their own rights and should cater to a specific set of users depending on what they want to do with their camera.

Canon EOS 7D Mark II Digital SLR Camera with 18-135mm IS STM Lens
CHECK TODAY'S PRICE Product from Amazon. Updated on 2022-05-13. We may get a commission.
As an Amazon Associate we earn from qualifying purchases. Certain content that appears on PhotoWorkout.com comes from Amazon. This content is provided ‘as is’ and is subject to change or removal at any time.