In this article, we put the SanDisk Extreme up against the Extreme Pro to really determine which of these SD cards is best.

We’ve tested the quality, performance, and reliability of both these cards. Covering all the bases to help you find the best fit for your needs.

Things that the SanDisk Extreme and the Extreme Pro have in common:

Memory card speed is confusing, as it is specified and advertised in different ways. The Read and Write speeds are different, NOT the same number (the camera writes, your computer reads). To simplify things, let’s focus on the three main parts of the ranking.

1- “Class 10” means a minimum of 10MB per second, which indicates that the slowest speed for Read or Write will be at least 10 megabytes per second.

One of the most-asked questions is: How much storage capacity do I need? Should I buy the 128GB or minimize my investment and buy the 32GB? To be honest, there is no right answer to this question. It all comes down to your needs, My personal preference is to get 4 x 32GB instead of 1 x 128GB.

To help you decide, here is a table from SanDisk.

To summarize this and give you an example, if you are like me, shooting with a full-frame camera with a 50MP sensor, capturing JPEG + RAW, your files will be one JPEG (17.8MB) and one RAW file (178MB), which brings the total to 195MB/shoot.

This means that the 64GB will record only 328 photos.

Both of these cards were engineered using SanDisk proprietary technology that allows them to reach speeds beyond UHS-I 104MB/s, but ultimately, max speed depends on your device.

Burst mode, also called continuous shooting mode, sports mode, or continuous high-speed mode is a shooting mode in which several photographs are captured in quick succession by either pressing the shutter button or holding it down. This is used mainly when the subject is in successive motion, such as with sports photography.

To effectively test this for both cards, I will be using the Canon 6D set on a burst mode and shooting both RAW and Large JPG for 1 minute continuously. Then I will compare the number of photos that were recorded on both cards.

At the end of the test, it looked like both cards were almost similar in terms of speed. However, I would recommend the Extreme Pro, as it didn’t lag or stop in the middle.

After you are done with your photos, you need to copy them to start the editing process. As you know, shooting in 4K video or RAW files takes up memory faster and file sizes are much larger. Have you ever waited for hours to finish copying your files? Also, keep in mind that the host device can greatly affect the transfer speed of a storage product.

Long story short, I connected both of the cards to my Mac and copied 2GB of data to and from each of them, using a stopwatch.

No surprises here, as the Extreme Pro has a better read and write speed of 170MB/s and 90MB/s versus the 150MB/s and 70MB/s for the Extreme.

Commonalities Between These Two Cards

Both of these cards are SD Extended Capacity (SDXC™), with capacities ranging from 64GB to 2TB. SDXC uses a different file system called exFAT and works differently than standard SD cards. Also, keep in mind that almost all devices built after 2010 support this file system. They both support UHS-I and 4K UHD.

Both cards have the same class ratings (Class 10, U3, and V30). Unlike card write speeds that measure maximum performance, class ratings measure the minimum sustained speed required for recording an even rate of video onto the card.

Speed Class is a minimum speed based on a worst-case scenario test, which means that both of these cards will guarantee a minimum of 10Mb/s. Compared to high-megapixel photography, video doesn’t need as big of a data pipe because the video format is a smaller “fixed stream” that uses only a portion of the data pipe. Also, your camera’s specifications should state the minimum Class Rating required.

UHS Speed Class was introduced in 2009 by the SD Association and is designed for SDHC and SDXC memory cards. This, again, means that both of these cards will guarantee a minimum of 30Mb/s in the worst-case scenario. If you use a UHS memory card in a non-UHS host, it will default to the standard data bus and use the “Speed Class” rating, which in this case is Class 10, instead of the “UHS Speed Class” rating, which is U3. UHS memory cards have a full higher potential of recording real-time broadcasts, thereby capturing large-size HD videos and extremely high-quality professional HD.

Video Speed Class or “V Class” was created by the SD Association to identify cards that can handle higher video resolutions and recording features. This speed class guarantees minimum sustained performance for recording video. This means that both of these cards will guarantee a minimum sustained speed of 30Mb/s

Both of them offer the same Durability, which is “Waterproof”, “Temperature Proof”, “Shock Proof”, and “X-Ray Proof”.

Also, both cards come with a two-year subscription to SanDisk’s RescuePro Deluxe. However, I have to say that while I did download and install it, my Mac refused to run the software; it said that the software needed to be updated. Maybe it’s only me or maybe something is wrong with my Mac.

What Alternatives Are Out There?

Card Type: SDHC and/or SDXC | Capacity: Up to 128GB | Read Speed: Up to 300MB/s | Write Speed: Up to 260MB/s | Warranty: Lifetime limited warranty | Suitable for: Both photography and video (including 4K)

With a few differences between both of these cards, it all comes down to your needs, if you are shooting mainly video, or if you shoot mainly in a studio tethered to a computer, I would personally recommend going for the cheaper option, which is the Extreme. However, if you are concerned about the transfer rate or if you depend on burst shooting, I would definitely recommend the Extreme Pro simply because it didn’t lag during the test. 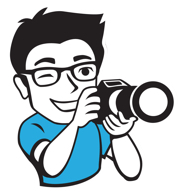 We are a team of enthusiast photographers crafting every piece of content to help you become a better photographer. The PhotoWorkout Team is always curious about the latest photography gear, post-processing software, up & coming photographers, and innovative ways to print your photos.