If you’re a photographer on the move, a tablet is a necessity. It allows you to edit your photos on the go and showcase your work on demand. Given these facts, it’s quite clear that what’s needed is the best tablet for Photoshop.

In this article, we give you a rundown of the best tablets you can buy as a photographer. We consider factors such as speed, portability, and ease of use.

A powerful tablet with a gorgeous display, the Surface Pro 7 is the best tablet for Photoshop money can buy.
CHECK PRICE

The iPad Pro packs a stunning screen and a capable processor, though we wish it could run the full-fledged Photoshop CC.
CHECK PRICE 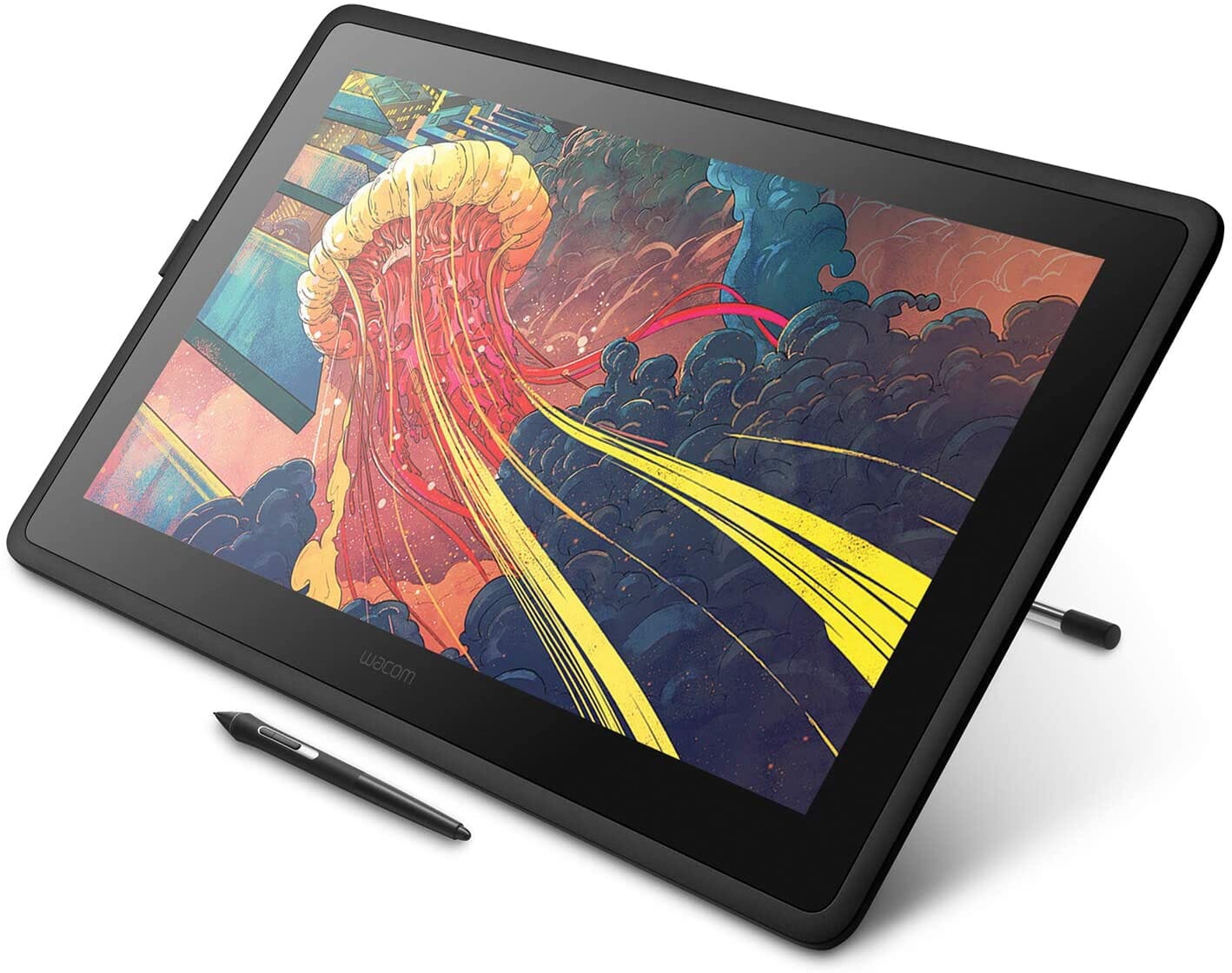 If you’re in the market for a dedicated graphics tablet, the Wacom Cintiq 22 will take you far.
CHECK PRICE 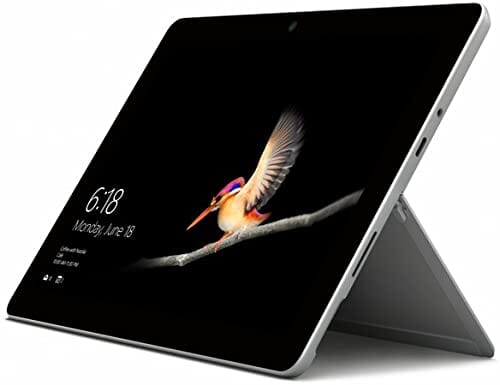 Small, light, and well-priced, this is the best budget tablet for Photoshop in 2022.
CHECK PRICE 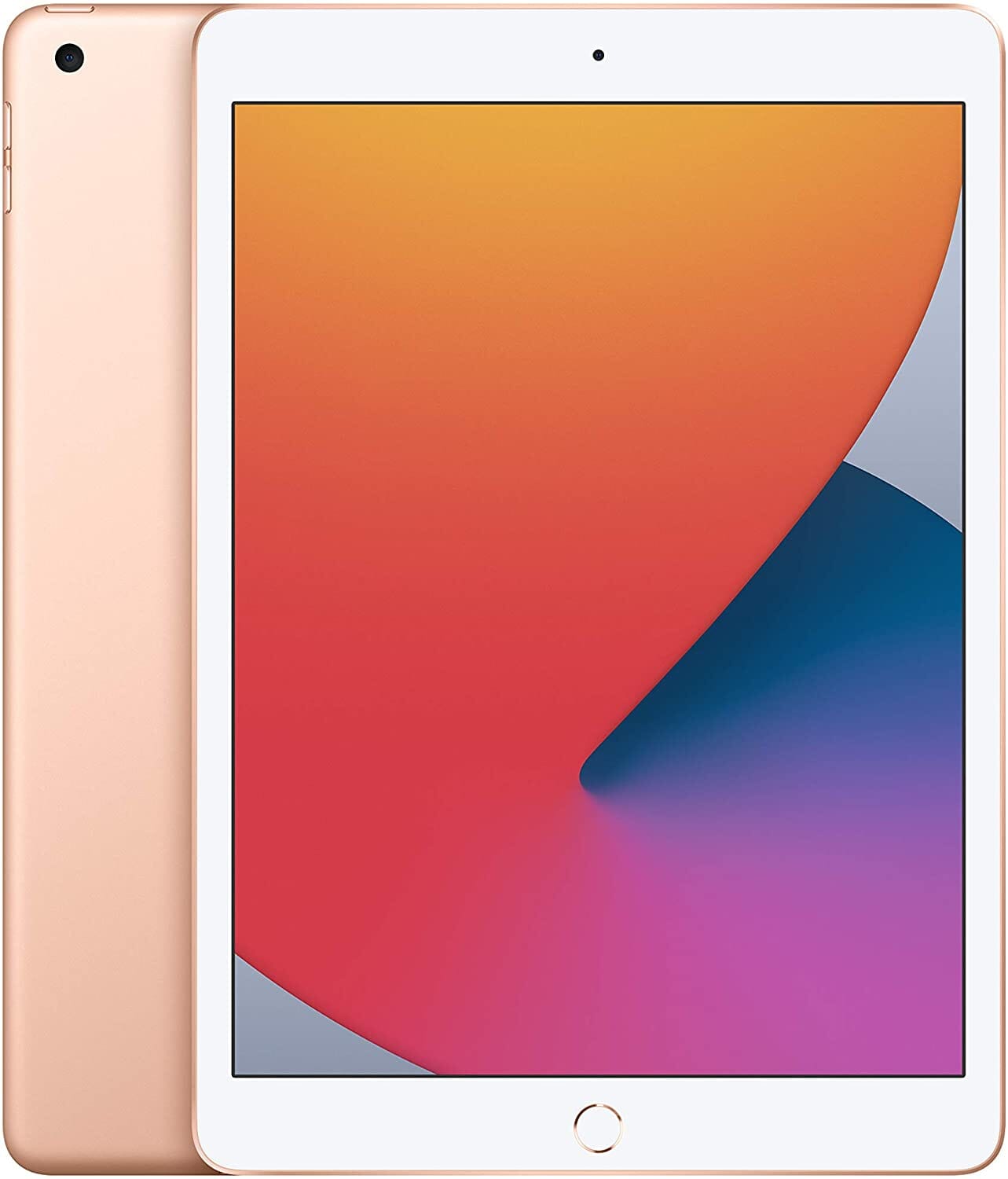 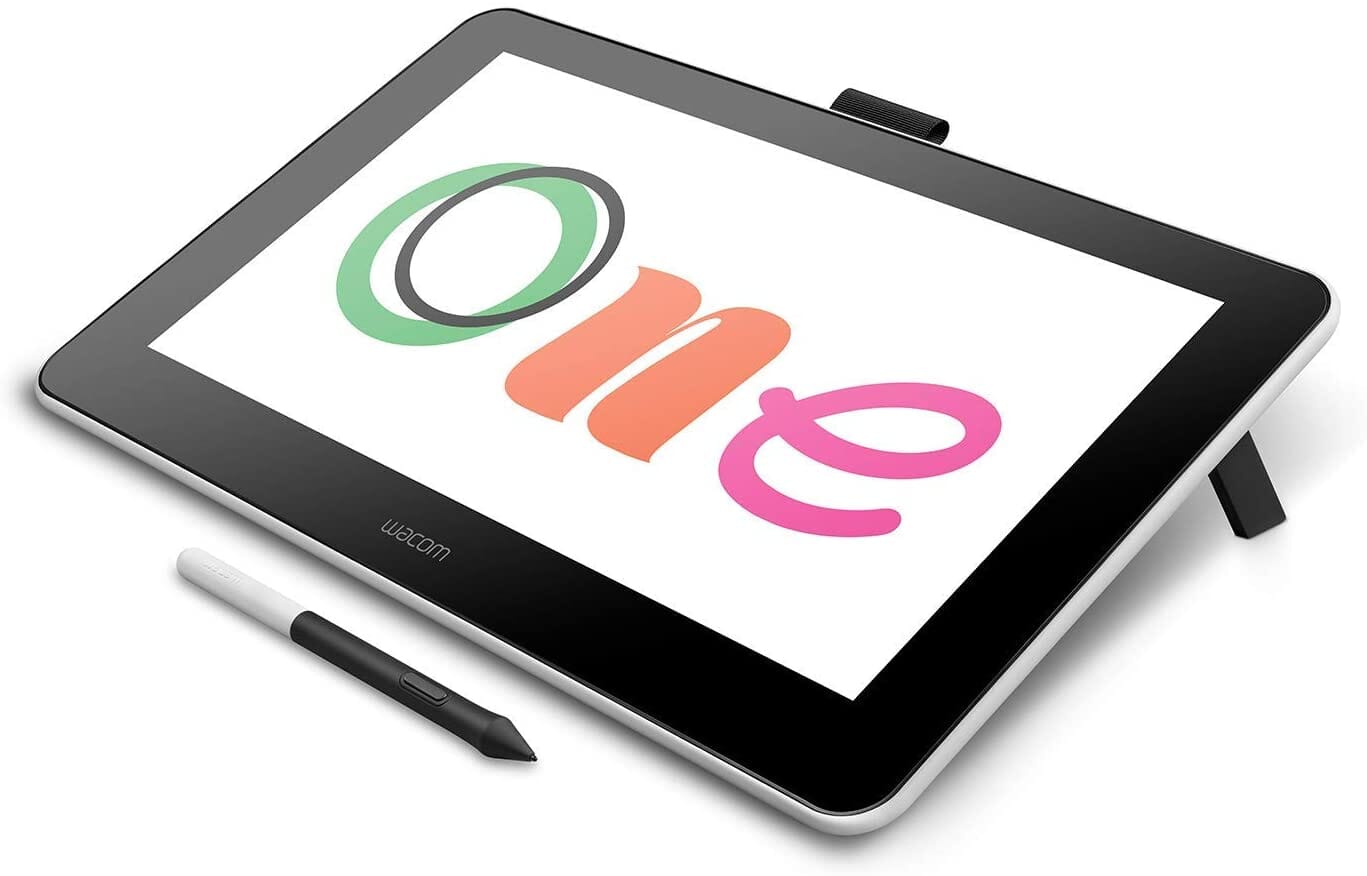 It’s a simple, low-priced graphics tablet, but it’ll instantly take your editing to the next level.
CHECK PRICE

Our Top 6 Choices for the Best Tablet for Photoshop

The Microsoft Surface Pro 7 is powerful, it looks great, and works brilliantly with the Surface Pen.

The Microsoft Surface Pro 7 is a 12.3″ display tablet with multi-touch functionality. The tablet is powered by a 10th-Gen Intel i5 processor. It is paired with 8 GB of RAM and 128 GB of SSD storage (top-spec).

With a display resolution of 2736 x 1824 pixels, the screen looks great and can give Apple (with its Retina Display) a run for their money. It’s certainly good enough for pinching and zooming while editing your high-res images.

The system is not only quick off the block loading applications and images, but it is also quite fast when you are actually editing your RAW images, adding layers, and putting images through multiple local and global adjustments.

But the real benefit of the tablet is that you can use the Surface Pen. The Surface Pen is sold separately, but it is definitely worth the purchase. For precise editing, this pen will serve you well. And if you’re using pressure-sensitive brushes, the pen offers up to 4096 levels of pressure.

In case you ever forget your Surface Pen, the tablet supports multi-touch, making it one of the best tablets for Photoshop you can buy.

When we talk about pro options, it would be impossible not to mention the iPad Pro. This marvel in computing technology is powered by the A12Z Bionic chip, and its processing capabilities are second to none.

In fact, when it comes to editing your images in Photoshop, the Apple iPad Pro is quite possibly the fastest tablet money can buy.

The 12.9″ display is big, bright, and beautiful; your images will come to life with stunning colors and realistic tones. It’s an excellent tablet for editing your images on Photoshop or Lightroom or anything else you might fancy.

But even then, between the iPad Pro 12.9” and the Microsoft Surface Pro, the latter is the one that has the most powerful software. After all, the Surface Pro runs on a full-fledged version of Windows 10, while the iPad Pro runs iOS (what you find in mobile devices). This means that you end up with limitations because you can only run apps found in the app store.

In other words: the iPad Pro is not running a PC operating system like the Surface Pro, so you’re forced to use Adobe’s Photoshop on the iPad, which is far weaker than the original.

You see, while the Adobe Photoshop app has been created for mobile devices and includes most core software, your tools are limited, and you just don’t get a high level of functionality.

Is that a deal-breaker? It depends on what you’re looking for. The iPad Pro is a pretty darn powerful device, so if speed is your number one requirement, it’s the way to go. Otherwise, look at some of the Windows-compatible tablets on this list.

If you’re looking to take your Photoshop edits to the next level, then you’ll love the precision and size of this dedicated graphics tablet.

If you’re looking to take your photo editing to the next level but don’t require a portable, on-the-go setup, the Wacom Cintiq 22 might be the perfect tablet for your needs.

You see, the Wacom Cintiq isn’t a standard tablet; it’s a graphics tablet, so it hooks up to your computer and lets you carefully editing your photos with a pen.

Note that a tablet-based editing approach is currently very hot with professionals and other serious photographers because it allows for a unique level of engagement with your photos. When you make adjustments in Photoshop – e.g., adding a mask – you literally paint the adjustment onto the file.

And while tablet editing can take some getting used to, once you’ve started, you won’t want to stop – because of the control and precision, yes, but also because of the hands-on, tactile, painterly experience.

As far as drawing tablets are concerned, Wacom Cintiq 22 is a powerful choice. You get a beautiful, full HD, 21.5-inch display, which means your photos look incredible, and you have plenty of real estate for making adjustments.

And Wacom’s drawing technology is mind-blowing; the Wacom Cintiq offers a whopping 8192 pressure levels, for insane specificity when working in Photoshop.

Yes, it’s big, and yes, it’s pricey. But if you’re serious about photo editing, and you like the idea of a hands-on editing experience, I highly recommend checking out the Wacom Cintiq 22.

The Microsoft Surface Go 2 is portable, and it can run the desktop version of Photoshop. For users on a budget, it’s a great way to get Photoshop on the go.

The Microsoft Surface Go 2 might be the younger sibling to the more powerful and professionally built Surface Pro, but it does have its own advantages. For instance, it is cheaper, smaller, and therefore easy on the pocket and convenient for when you are traveling.

The Surface Go 2 is powered by an Intel Pentium Gold 4425Y processor, and you get 8 GB of RAM plus a 128 GB SSD for decent photo storage. In terms of computing power, the Surface Go is good without being great – while you’ll be able to edit in Photoshop, you won’t get the same fast performance that you’ll find on, say, the iPad Pro.

Regarding the display: the Surface Go packs 1920 x 1280 pixels into a 10.5-inch screen, and it looks very nice. No, it’s not on the same level as the Apple devices on this list – including the iPad – but you definitely get your money’s worth. So unless you’re used to working on a mega-resolution display, the Surface Go will satisfy you just fine.

Now, this tablet is capable of running Adobe Photoshop CC, which means only one thing:

The Surface Go is a capable machine, one that can certainly work as a mobile editing tool. It will come in handy for people who are constantly on the move and want to utilize the time they spend commuting in a productive manner.

Plus, the price is impressively low – so if you’re on a budget, or you just don’t want to shell out $800+ for a tablet, the Microsoft Surface Go is a stellar pick.

The iPad isn’t flashy, but it gives you a nice screen and decent real estate in a portable body.

The 8th-generation iPad certainly isn’t groundbreaking – but it’s portable, it looks great, and above all, it’s cheap, making it an excellent budget tablet for Photoshop use.

What does it offer?

First, there’s decent computing capabilities, courtesy of Apple’s A12 Bionic chip. Unfortunately, the desktop version of Photoshop CC isn’t available for Apple tablets (see the discussion in the iPad Pro section, above), but you’ll be able to run Photoshop on the iPad, and it should work pretty smoothly, too.

(No, its functionality isn’t on par with Photoshop CC, but you do get layer-based editing and some familiar tools.)

Now, one of the biggest reasons to go with an Apple device over a Windows tablet is the screen, and here, the iPad excels. It looks flat-out fantastic, thanks to the Retina resolution, and 10.2 inches offers enough real estate for serious editing.

At the same time, the iPad is relatively portable, which suits travel photographers and other shooters who like to edit on the go. And battery life is very impressive, clocking in at around 10 hours – perfect if you like to engage in marathon Photoshopping sessions while waiting around in airports, sitting on the bus, and more.

If you’re a fan of Apple devices and you’re after a great display, grabbing the iPad is a no-brainer; it’s the best budget tablet for Photoshop available.

Wacom One
A capable graphics tablet for beginners

The Wacom One gives you incredible control over your Photoshop edits, and it packs a beautiful screen to boot.

Want a graphics tablet for Photoshop that will get you started without breaking the bank? Look no further than the Wacom One, which is a well-priced $400 USD – for which you get an amazing amount of control over your art.

Note that, like the Cintiq above, the Wacom One is not an independent tablet. Instead, it hooks up to your computer and acts as a peripheral, which means that it doesn’t offer an especially portable setup – but what it lacks in portability, it makes up for in control and feel-good editing.

(Yes, working with a graphics tablet is just an all-around great experience!)

As for its features:

The display isn’t huge, but 13 inches is decent and will give you enough room to really engage with your files. You’ll also like the HD screen; it looks nice and colorful, even if it’s not on par with the higher-priced competition.

The Wacom One’s pressure sensitivity is only half that of the Cintiq, but it’s still ridiculously responsive. Beginners (and even more serious Photoshop users) will undoubtedly be satisfied by the level of control the One offers, so if you’re new to graphics tablets and you want to level up your editing game, it’s certainly worth a look.

Now we’ve covered all bases for those looking for the best tablet for Photoshop, and we’re hoping you’ve found yourself an ideal item.

If you have the cash, we strongly recommend the Surface Pro. This device has everything you need and more. Most importantly, it is capable of running the desktop version of Adobe Photoshop. For Apple fans, the iPad Pro is a powerful device, but it is stuck running a watered-down version of Photoshop.

Alternatively, if you’re after a tablet that’ll fully integrate you into the editing process, grab the Wacom Cintiq 22 graphics tablet.

And if you’re on a budget, the Surface Go, the iPad, or the Wacom One is the way to go.

The Best Field Monitors You Can Buy Now: 10 Great Picks for Everyone!

Best Laptop for Photo Editing on a Budget: Our Top 10 Picks

The Best Laptop for Photo Editing in 2021