Do you want to know which is better, mirrorless vs DSLR?

You’ve come to the right place.

In this article, I’m going to tell you everything you need to know about mirrorless and DSLR cameras.

I’m going to give you the pros and cons of each system so that, by the time you finish, you’ll know which option is perfect for your needs.

When it comes to comparing mirrorless and DSLR cameras, it’s important to recognize the fundamental difference between these two systems:

DSLRs have mirrors in front of the sensor.

So when you open up a DSLR and look inside, you’ll see a big mirror reflecting, whereas a mirrorless camera will show either the sensor or a closed camera shutter.

This has all sorts of consequences, including camera body size, viewfinder specs, and much more. I’ll get into all that later on in this article.

So let’s take a closer look at the key benefits and drawbacks of both these systems:

Mirrorless Cameras Are Compact, While DSLRs Are Big 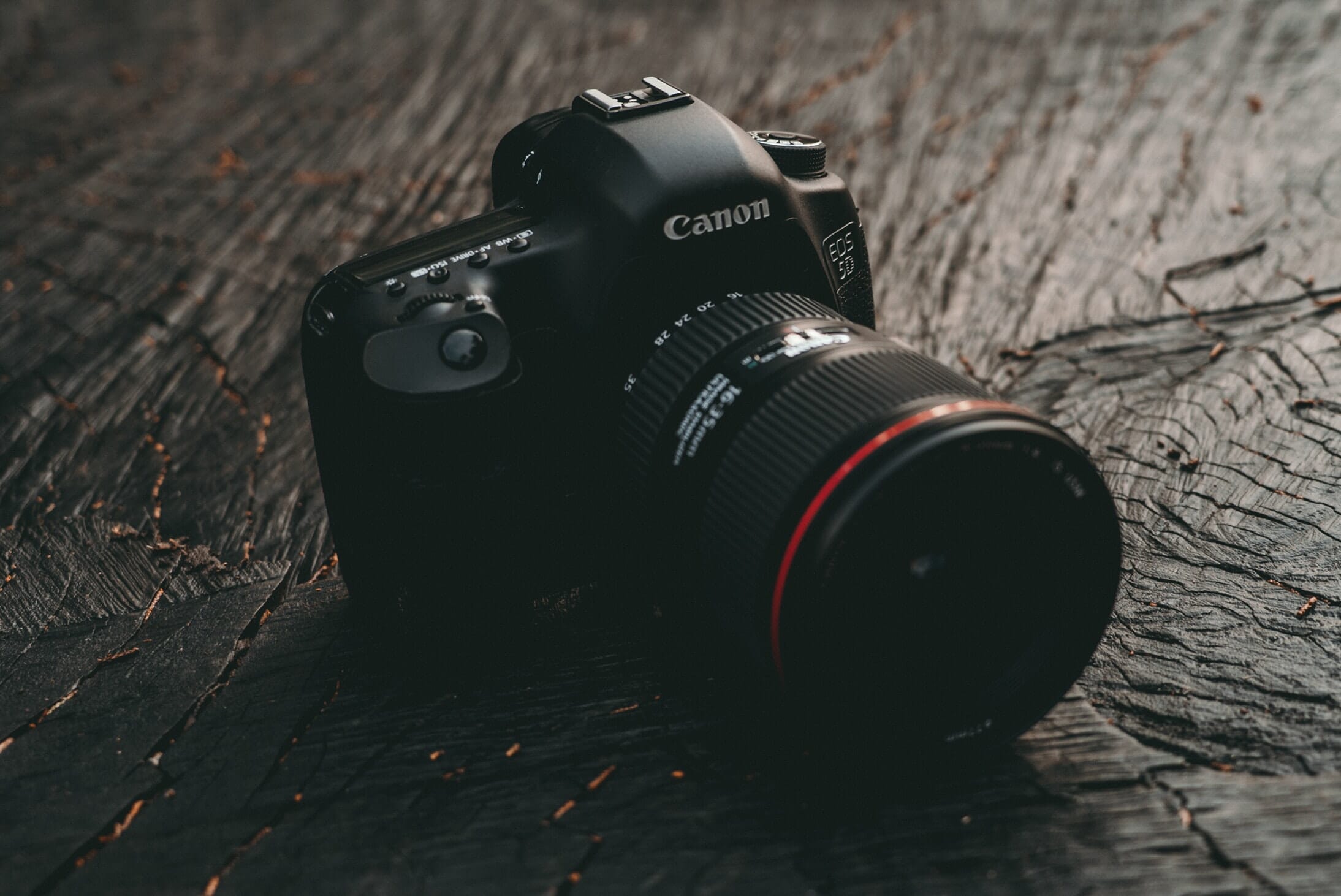 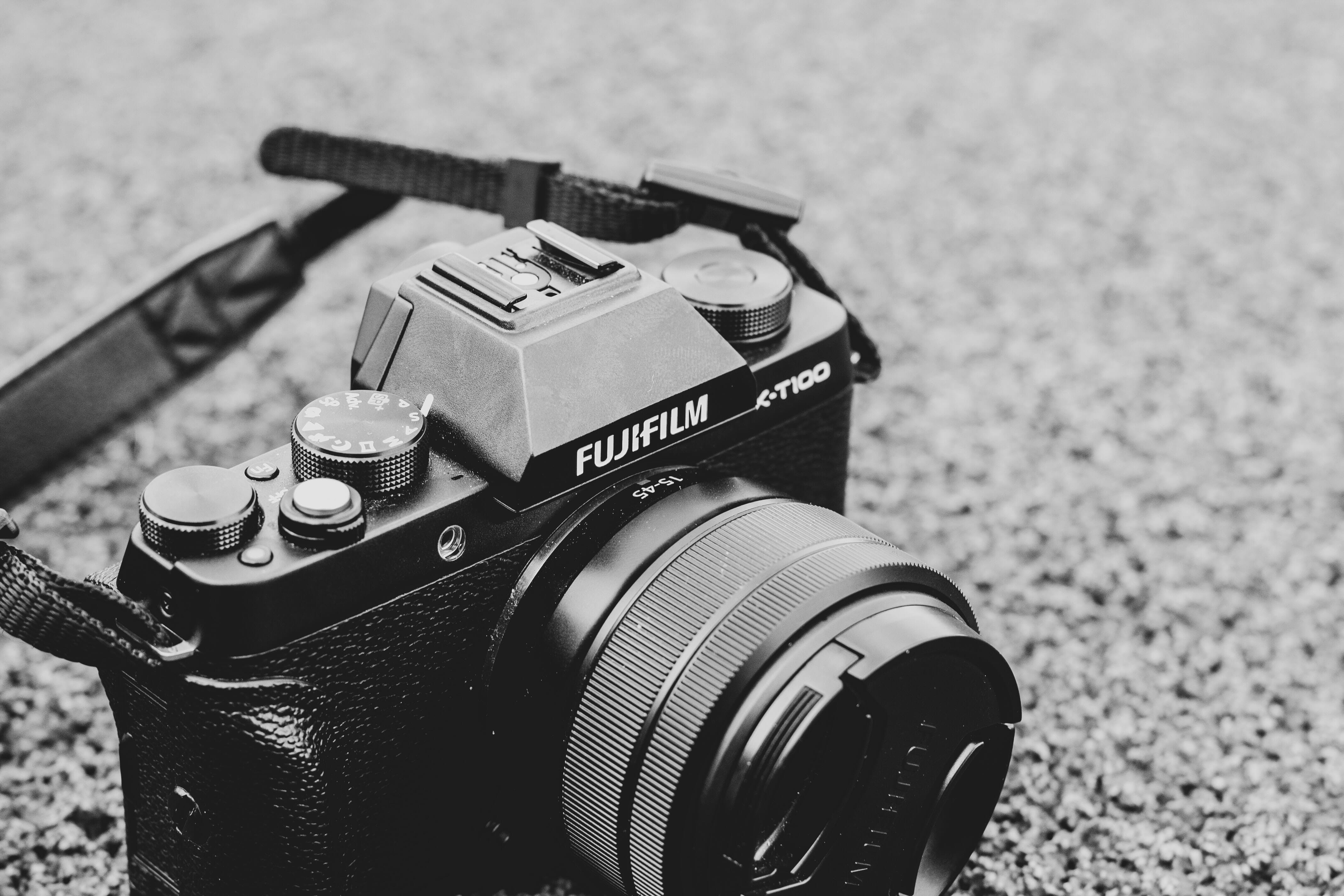 If you ever get the chance to compare a mirrorless camera and a DSLR side-by-side, the first thing you’ll notice is the size difference:

DSLRs, on the other hand, tend to take up a lot of space. Even though cameras such as the Canon SL2 and the Nikon D3500 push the envelope in terms of camera compactness, they don’t even come close to the smaller mirrorless cameras. And rugged pro bodies like the Canon 1D X Mark II are monsters next to almost any mirrorless camera.

Now, the different sizes come with some tradeoffs.

On the one hand, mirrorless cameras are great for frequent travelers who want to be able to pack away a small set of gear in their suitcase. Mirrorless bodies are also favored by backpackers and casual shooters, because you can stick a camera in a small bag while on the move.

But mirrorless lenses are rarely light, which can feel uncomfortable on smaller mirrorless bodies (the setups are unpleasantly top-heavy). Mirrorless cameras often feel less solid in your hands, something that bothers many photographers. And they can be somewhat less rugged, unable to withstand the rigors of professional use.

(Not all mirrorless cameras are less rugged, but many of them are.)

So ultimately, you have to ask yourself:

Do you care more about owning a compact camera, one that’s great for travel and casual shooting?

Or are you more interested in something bulkier, heavier, but solid in the field?

In general, seasoned photographers and beginners both prefer lighter cameras over heavy. But there are certainly those who like a hefty camera body!

DSLRs Have Optical Viewfinders, While Mirrorless Cameras Have Electronic Viewfinders

Something that you’ll hear talked about constantly, if you start looking into the DSLR vs mirrorless debate, is disagreement over the value of electronic viewfinders compared to optical viewfinders.

You see, DSLRs feature optical viewfinders (OVFs), where light goes through the camera lens, hits the mirror, and is reflected up into the eye of the photographer. In other words, OVFs allow you to see straight through the lens to evaluate your composition and focus.

Mirrorless cameras, on the other hand, feature electronic viewfinders (EVFs). These work by giving you a direct feed from the sensor, which is projected onto a tiny LCD or OLED screen.

Now, there are advantages and disadvantages to both of these viewfinders. Neither is obviously better than the other; it all depends on your needs as a photographer.

Optical viewfinders are far clearer and sharper than electronic viewfinders. They also have no lag; you’re seeing a true image, as if you were wearing glasses.

Electronic viewfinders, on the other hand, can vary a lot in quality. Some have serious lag, which causes them to fall out of sync with reality. Others look pretty good, but this tends to cost a lot more, and they never reach the clarity of an OVF.

The advantage of an electronic viewfinder is the exposure simulation:

You can program your camera to show you what your exposure will look like in advance so that you can avoid overexposure or underexposure before you take an image.

It’s hard to overstate the value of this feature. Exposure simulation will save you countless images with blown highlights or clipped shadows, and it takes a lot of uncertainty out of exposure. It’s not perfect 100% of the time, but it is really, really good.

If you want the clearest, sharpest viewfinder possible, then go for an OVF. They always look great, no matter the situation.

But if you want exposure simulation, then go for an EVF. Make sure you get a high-quality one, however, or you’ll struggle to see the details of your photos, especially in low light.

DSLRs Feel Better in Your Hand, While Mirrorless Cameras Can Feel Cramped

Pick up a DSLR, and it feels nice. Comfortable. Reassuring.

The buttons don’t feel too cramped, and it fits nicely in your hand without feeling oversized.

Pick up a mirrorless camera, and, depending on the model you grabbed, things can be a seriously mixed bag. While this is a personal preference, mirrorless cameras tend to have smaller body grips, which makes them more difficult to hold comfortably for long periods of time.

Plus, the more compact bodies of mirrorless cameras mean that the buttons tend to be pushed close together, making it easy to hit something by accident and harder to find what you want, when you want it.

Some mirrorless cameras don’t have body grips at all (though these tend to come with an optional accessory grip, which you can add onto your camera when you receive it).

Now, these ergonomic difficulties become less troublesome after a while, once you’ve used a mirrorless body for weeks or months. And if you have small hands, maybe a mirrorless body will feel better to begin with.

But before you grab a mirrorless camera, I recommend you go into a camera shop and hold it in your hands.

How would I feel carrying this around all day?

Maybe you can handle a bit of discomfort. The choice is yours, but make sure you know what you’re getting into!

Here’s the thing about DSLRs:

They’ve been around for a long time, which means they offer quite a few lenses at all sorts of price points.

Some of these lenses aren’t all that impressive, but some of them are truly outstanding. And there really is something for everyone.

Mirrorless lineups, on the other hand, are much newer. This means that manufacturers have had less time to create lenses, leading to fewer quality options on the market. And the options that are on the market tend to be very pricey.

Now, if you’re a professional in one of the standard photography genres, such as portraiture or landscape, you’ll be able to put together a nice mirrorless kit (assuming you’re willing to pay the price).

But if you’re looking for budget lenses, or you’re in a more specialized genre, such as macro or wildlife photography, then you’ll have a much more difficult time finding the right glass.

The range of the lineups does vary from manufacturer to manufacturer, with some (such as Sony and Olympus) offering more lenses than others (Nikon and Canon).

But overall, the mirrorless lens lineup just doesn’t measure up to its DSLR competition.

Mirrorless Cameras Have Electronic Shutters, Whereas DSLRs Are Mechanical

Here’s the final key difference between mirrorless cameras versus DSLRs:

Mirrorless cameras have the ability to use electronic shutters.

Whereas DSLRs can only use mechanical shutters.

In other words, a mirrorless camera can take a photo without using a shutter mechanism at all. The camera activates the sensor, and the image is exposed.

A DSLR, on the other hand, must expose the sensor mechanically. A shutter mechanism moves in front of the sensor, ensuring that the light reaches it for the desired shutter speed.

This difference has a few practical consequences.

First, an electronic shutter can be totally silent. I’m not talking about those so-called ‘silent shutter’ modes on DSLRs. I’m talking about a shutter that’s really, truly silent, so that you can’t tell it’s actually doing anything unless you look into your camera’s playback menu.

This is amazingly useful for many types of photography:

Plus, electronic shutters prevent something called shutter shock, which is caused by vibrations when a mechanical shutter mechanism moves upward, and can result in blurry long-exposure images.

Note that electronic shutters have another benefit:

So if you’re an action photographer and you wish you could have higher continuous shooting speeds, then mirrorless may be the way to go.

Mirrorless vs DSLR: The Next Steps

Now that you’ve finished this article, you should know all about mirrorless versus DSLR cameras – and which is right for you.

So grab the camera you need, and start practicing.

You’ll be getting great shots in no time!

Are mirrorless cameras better than DSLRs?

No, mirrorless cameras aren’t necessarily better than DSLRs–they’re just good for different purposes. If you want a compact body, high continuous shooting speeds, and the what-you-see-is-what-you-get advantage, then mirrorless is the way to go. But if you want a rugged body, one that feels great in your hands and has a traditional “camera” feel, and if you’re looking for a true view through the lens, then a DSLR is the right choice.

Is mirrorless the future of photography?

It does seem that way. Manufacturers are moving more and more toward mirrorless models, and putting fewer resources toward their DSLR lineups. However, DSLR innovation won’t disappear for another few years, most likely; note that there are still genres of photography, such as sports, where DSLRs are greatly prized over mirrorless. The Canon 1D X Mark III was only just released and it offers some amazing features, showing that Canon isn’t giving up on its DSLRs yet. It’s also important to realize that, even once DSLRs aren’t being produced any longer, you’ll still be able to purchase high-quality cameras on the used market.

What are DSLR advantages over mirrorless?

DSLRs tend to have a more rugged body. They also offer an optical viewfinder, which allows you to look through the camera lens itself (and gives you a true, accurate view of your subject). Finally, DSLR ergonomics tend to be far better than mirrorless, thanks to the larger body, larger buttons, larger grip, etc.

DSLRs aren’t outdated. It’s true that they’re less popular than they were five years ago, but there are reasons to use a DSLR instead of a mirrorless camera in 2020. DSLRs offer high-quality optical viewfinders. They also offer more comfortable ergonomics, on the whole; I love holding my DSLRs because they just feel great in my hands!

Jaymes Dempsey is a professional macro and nature photographer from Ann Arbor, Michigan; his work is published across the web, from Digital Photography School to PetaPixel. You can connect with Jaymes on Instagram, Facebook, and LinkedIn.

1 thought on “Mirrorless vs DSLR: Which Is Better?”

How to Carry a Camera Without a Bag

How to Pack Your Camera Bag

The Ultimate Guide to Symmetry in Photography